The Legend of Picoki (Roosters)

One of the most famous legends of Northwest Croatia originates from the town of Đurđevac, situated in the region of Podravina. Just like a flock of sacred geese saved Rome, one little rooster – in the local language called “picok”, saved the town of Đurđevac.

The legend, passed down through generations, speaks of the ingenuity, courage and the belief in victory of the citizens of Đurđevac, who managed to liberate and free themselves after a long lasting, exhausting and difficult Turkish siege. History says that the Turks initially raided these parts of Croatia as early as the 16th century. Fortresses were built throughout the Podravina region as defence against Turkish invasion. Some of these fortified positions were Legrad, Đelekovec, Drnje, Sigetec, Koprivnica, Novigrad Podravski, Virje and Đurđevac.

The legend further reveals that in 1552 a mighty Turkish army with a large number of skilled “janissaries” led by Ulama-beg arrived at the town walls of Đurđevac. Similar to previous invasions, the Turks wanted to quickly attack and takeover the forte. But, the citizens bravely resisted their attacks; surprising the invaders and their attempt to overpower an “easy” target failed.

Đurđevac was situated in a key strategic location the Turks needed to conquer whatever the cost, so Ulama-beg ordered the soldiers to set camp beneath the walls and the siege began with cutting all food and water supplies to the town. As the supplies ran out within the fortress walls, panic and fear spread across the town. They did not want to surrender, but all the food that was left was just one, skinny, little rooster, called “picok”. A small boy kept this rooster for himself and his grandmother, an extremely wise and shrewd woman, whom he lived with. She came up with an extraordinary plan to outsmart the invaders. She boldly approached the commander and suggested he fire the rooster from a cannon directly into the Turkish camp. The commander accepted this strange strategy and so the defenders of Đurđevac fired their last rooster, their sole remaining piece of food, into the Turkish campground. Shocked and in disbelief that they are being pelted with food, Ulama-beg reluctantly withdrew his army. He decided that the town had plenty of food in store and the siege could continue for a very long time.

As he was leaving, he ferociously cursed the town, shouting “And you there, feathered heroes, who fight battles with roosters, shall forever carry the name Picoki! Your children shall call you Picoki and your grandchildren shall remain Picoki!”

From that day forward, all the citizens of the town of Đurđevac are nicknamed Picoki, a name they have proudly embraced ever since.

In honour of the legend that saved them, a traditional cultural-tourist event called “Picokijada” is held every year at the end of June. This unique three-day event includes a spectacular performance called “From Year to Year”, a cortege of fancy allegorical floats in which many associations from Đurđevac and the surrounding area, elaborately display their past customs and traditions that are no longer present today. Here one can also find an interesting display of traditional cakes and pastries from Podravina where you can see not only a collection of confectionaries but also extremely valuable needlework. Needlework is a pleasure for the eyes while cakes are a treat for the palate.

The youngest residents, from the kindergarten “Maslačak” impress visitors with their view of the Legend of the Picoki in the most appealing performance “A Little Animated Picokijada” that illustrates their visions of the Legend. A number of concerts, sports events, exhibitions, theatre performances, competitions in cooking chicken specialities and exhibitions of indigenous rooster species are held during the festival. However, the highlight of the event is without any doubt the stage display of The Legend of Picoki, where local cultural amateurs and horsemen in a distinct and unique way present an impressive and remarkable theatrical experience. The music background, elaborate fireworks and visual effects contribute in making it an unforgettable and extraordinary spectacle. Thus, it is no surprise that it has been placed under the protection of the Ministry of Culture of the Republic of Croatia as intangible cultural heritage.

Recently, the Legend of Picoki and all its characters can be experienced and encountered throughout the whole year. The new tourist attraction of the Town of Đurđevac, the Interpretation Centre of Picokijada consisting of five rooms situated in the medieval fortress of the Old Town has proudly opened a couple of weeks ago. Here, the history of the town is on display in a state-of-art and multimedia manner with a special emphasis on the Legend of Picoki. 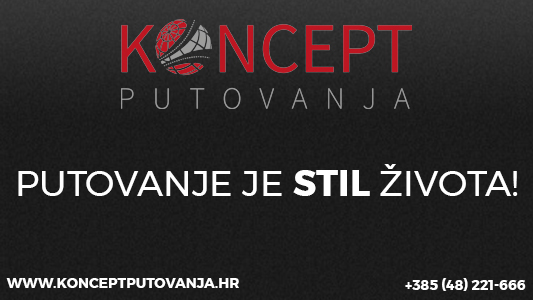